The EFPC conference will take place at 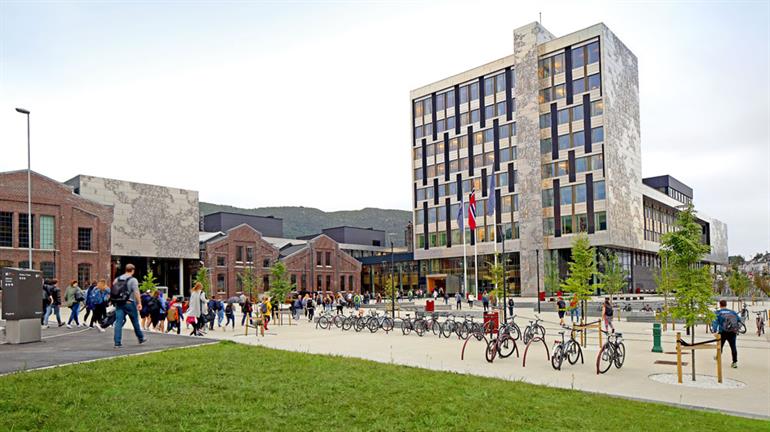 The Organizing Committee is working to make agreements with nearby hotels to offer special rates to our attendees. We will inform you as soon as possible. Nevertheless, we will publish a list of the hotels which are close to the venue.

The city of Bergen

Bergen is easily accessible from all over the world and when travelling to Bergen you have several options. It’s easy to reach the city center with the Airport Bus, the City Light Rail or by taxi.

There are several efficient and easy alternatives for how to get from Bergen Airport Flesland to Bergen city center. Bergen has good public transport services with both the Airport Bus Flybussen and the Bergen Light Rail (called Bybanen in Norwegian), as well as taxis going between the airport and the city center. If you have a Bergen card you travel for free with Bybanen and all Skyss buses and you also get a 20 % discount on Flybussen. You can easily book the Bergen card online and pick it up at the Flesland Service Center or at The Tourist Information in Bergen.

The cheapest way to get from Bergen Airport Flesland to Bergen city center is to go by the City Light Rail (Bybanen). It takes about 45 minutes from the Airport to Bergen city center and it costs only NOK 38 for an adult and NOK 19 for a child. The City Light Rail starts right at the airport terminal in Flesland and ends in the center of Bergen.Read more about the Bergen Card.

A faster way to reach Bergen city center is by the Airport Bus (called Flybussen in Norwegian), which only takes 30 minutes. The bus costs NOK 105 if you buy the tickets in advance online and with the Bergen Card you get a 20 % discount. If you buy the tickets on the bus it costs NOK 30 extra.  The bus has several stops in Bergen city center, among them the Bryggen in Bergen area, making it the easiest way to get there by public transport. You can find the bus just outside the Flesland arrival terminal. All stops with the Airport bus are announced.Read more about Airport bus and buy tickets online.

The most direct way to get to your hotel is to take a taxi. A taxi from Bergen Airport Flesland to Bergen city center costs around NOK 400-500, but prices vary according to the time of day and the number of passengers. The taxis are parked just outside the arrival terminal.Read more about Taxis in Bergen here.

Find more Information about the city and travel here